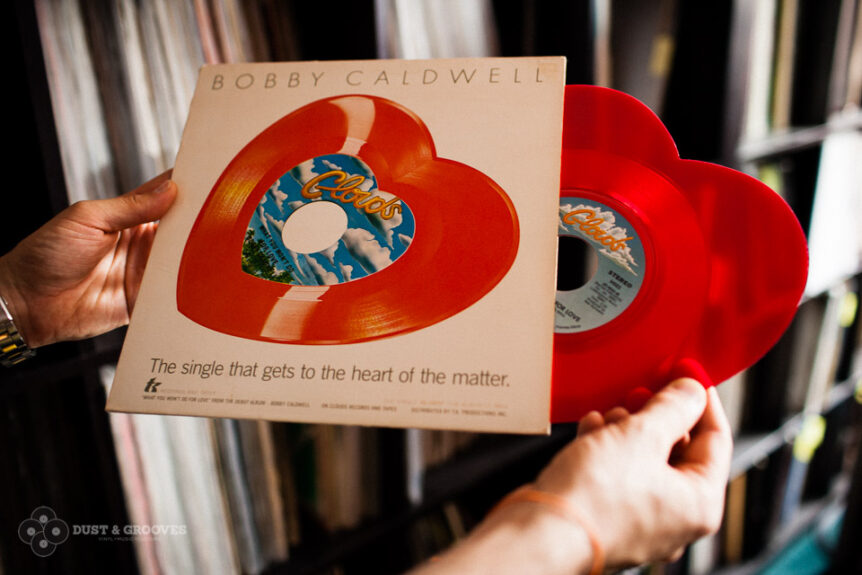 Back in the late seventies blue-eyed Soul singer Bobby Caldwell hit the Billboard’s top 10 with his heartfelt single “What You Won’t Do For Love”. Most people were shocked to find out that their beloved crooner was actually of the caucasion persuasion. The record label – TK Records – was mainly an R&B label and popular among African American listeners. Executives at the label were deliberately trying to hide the fact that Caldwell was not black, so they kept his face off the self-titled debut cover.

A few years later the mysterious silhouette would be replaced by a side view of Bobby’s rather milky white mug on his sophomore album “Cat In The Hat”.

I’m sure most of the people who are going to read this probably weren’t even born back then. Heck, I myself was born in 1980! Nevertheless this song has been an inspiration to countless lovers of Soul (like myself) and legends such as Roy Ayers, Kendrick Lamar and the late J Dilla. For over four decades people have passed Caldwell’s music down the line and by writing this piece I hope to pass it down just slightly further.

Now, a handful of people know I express love and appreciation through (the sharing of) music. It might come as no surprise then, that many years ago I gifted my best friend this very same limited heart-shaped 7-inch edition for her birthday. I had given her my own heart, symbolically speaking.

To clarify I had given her the only copy I owned at the time, knowing I would one day find another heart to call my own again. And like a true digger I did find one a few years later.

Currently I own a few different pressings of “What You Won’t Do for Love”, but none are considered as exquisite as the limited heart-shaped 7-inch edition in clear red vinyl. It’s funny how records seem to have a way of finding me. I have always believed that we don’t find them, but they find us. Not the other way around.

So in conclusion it is thanks to this very single that we at Vinylify got inspired and decided to introduce our very own limited edition clear red heart-shaped vinyl record this year.

DON’T MISS OUT!
5% off on your order.
Sign up to our newsletter and receive a personal discount on your first custom vinyl record!

Powered by Convert Plus